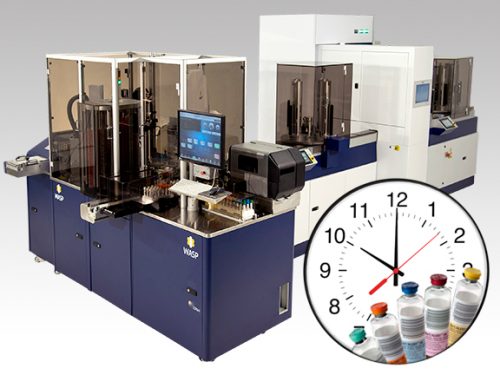 Microbiology continues to see a rise in the adoption of automated specimen processors throughout its laboratories. The growing appeal is seen due to expected outcomes, such as improve patient care, faster turnaround times and reduced patient stay but to validate those expectations, studies are being conducted across the globe. One recent focus was presented as a poster during the 2018 AMMI Canada – CACMID Annual Conference in Vancouver, BC, Canada. The poster is entitled “Optimizing Time to Identifying Growth from Short Incubation Cultures Using WASPLab®” which set out to examine the best possible turnaround times for positively identifying sepsis in blood cultures.

The study took place at Mt. Sinai Hospital in Toronto, Canada and hypothesized that WASPLab® used in conjunction with VITEK®MS could allow for the rapid identification and turnaround time of positive blood cultures. The team set out to determine the answers to four main questions. The questions were: at what concentration does the blood culture read positive from the BACT/ALERT®VIRTUO (bioMerieux); how early could growth be detected and identified using WASPLab® and VITEK®MS; what are the optimal imaging times for the blood culture subcultures to test the shortening of turnaround time to identification; and finally, in the future, could laboratories successfully identify the blood cultures with short incubation cultures through WASPLab®?

In summary, the study found that WASPLab® used in combination with the VITEK® MS could allow for early and successful identification of positive blood cultures immediately after 4 hours of incubation.

This preliminary study is exciting news as the breadth of impact automation has on improving patient care continues to grow along with its potential. Getting those answers that matter to the patients who need them most is crucial. The great news is COPAN will be there every step of the way! Next step for this study is to verify AST from short incubation cultures. Request more information about WASPLab® today!