Helping Children in Africa, One Anatomically Designed FLOQSwab® at a Time 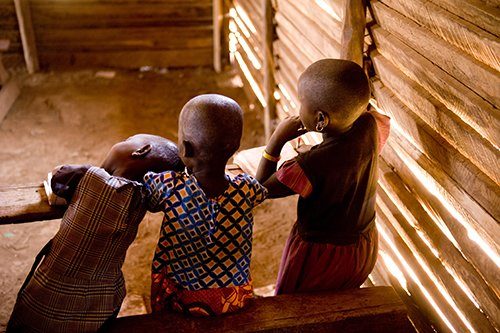 In a recent study, conducted in southern Africa, COPAN’s innovative flocked swabs (FLOQSwabs®) have been found to improve the diagnosis for the leading cause of death in young children: Diarrheal Disease. Published originally in the Journal of the Pediatric Infectious Disease Society , stated that by using COPAN’s intuitive and anatomically designed rectal FLOQSwabs®, a group of scientists from British Columbia Children’s Hospital (Vancouver, BC, Canada), were able to diagnose previously unrecognized pathogens that had caused severe diarrhea to over one-third of the children in a group of hospitals located in southern Africa. Children with severe acute gastroenteritis were enrolled in the study.

Most pediatric gastroenteritis is caused by viral pathogens. Current protocol advises against using routine antibacterial therapy if the children do not have bloody stools. In an effort to prevent the deaths of children and to offer assistance to more impoverished countries, where resources are typically scarce, a simple solution was not only prudent, but necessary. COPAN worked closely with the group of scientists from the Canadian team to develop a flocked swab anatomically designed for rectal use to aid in the diagnosis of diarrheal disease in children. The group used the original technology of COPAN’s flocked swabs, Luminex Molecular Diagnostics; Toronto, Canada) and COPAN’s flocked swab offered more rapid results, as traditional feces containers require transportation and waste time. Instead the system offered instant evaluations with same-day diagnosis, resulting in more immediate and proper treatment. All these findings are especially encouraging for developing countries, as they address a number of instances that can inhibit proper care. Now impoverished countries can take advantage of innovative resources, anatomically designed for safety and optimal pathogen sampling, for a low cost. The swabs are easy to use and found to be widely accepted by both the patients and user. The rectal FLOQSwabs® were found to reduce the risk of biohazard and improve the detection rate!

Furthermore, the study, also featured on LabMedica.com, showed that children that had been chosen at random for the rapid testing were 55% less likely than the other children to experience the diarrhea return, along with a significant height gain after only 60 days. This means the children were healthy to reach their developmental potential.

As Peter Alexander Singer, OC, MD, MPH, FRSC, a professor and CEO of Grand Challenges Canada (Toronto, ON, Canada) said, “[t]he simple fact is: Diagnostics save lives. If health workers can quickly and accurately pinpoint the cause of a child’s illness, timely help can be administered, preventing many deaths and improving many lives. The flocked swab offers a shining example of the sort of ‘Bold Idea with Big Impact’ in global health.”

Mask up. Wash up.