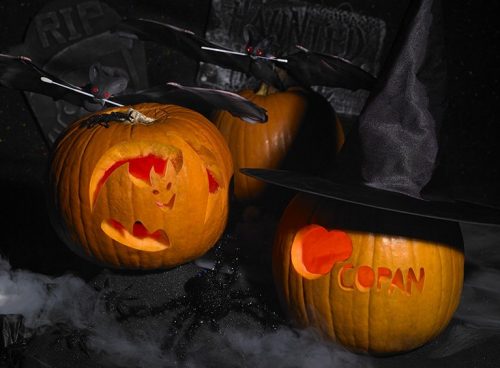 COPAN FLOQSwabs® (flocked swabs) have been known to end up in some interesting places during specimen collection. Yet, when we received a recent study about the Hendra virus in some species of Australian ‘flying-foxes’, our team went a little “batty.”

The article, titled “Routes of Hendra Virus Excretion in Naturally-Infected Flying-Foxes: Implications for Viral Transmission and Spillover Risk,” published on October 15, 2015 by PLOS ONE comes  just in time for Halloween. Certain bats in eastern Australia are natural hosts to the Hendra virus (HeV). HeV is of no harm to the bat, but on occasion has been fatal to both humans and horses. In an effort to prevent the spread of the virus of bat to horse (or human), it was necessary to identify the ways in which the infection spreads. Veterinarians had current evidence that urine is highly infectious and most likely the culprit for the bat to bat, and bat to horse transmission, but more research had to be conducted on the importance of the other types of excrement.

The aim of the study was to determine which species of bats and what types of excrement were causing the spread of HeV. Three of the four mainland species of bats tested were: Pteropus alecto, P. poliocephalus and P. scapulatus. Veterinarians collected urine and blood samples and swabs from an array of specimens including: serum, urogenital, nasal, oral and rectal; from an unparalleled number of bats: 2,840 bats to be exact.  Their study concluded that, in fact, urine held the highest rate of detection, and therefore is the most conceivable source for both bats and horses. It also confirmed that the P. alecto species was most likely the source of infection, which is consistent with other studies on the subject. This particular study, however, was “unprecedented in terms of the individual animal approach, the large sample size and the use of a molecular assay to directly determine infection status.” Please note: no bats were harmed during this study. With this knowledge veterinarians can now develop strategies to aid in HeV prevention for horses.

This research article is just one of many studies that show that our FLOQSwabs® aren’t just for human specimen collection, but versatile collection and transport tools that produce better results by generating quantitative samples for multiple applications. What is it about our product that makes it so universally trusted? What we can tell you is there is something truly special about the engineering behind COPAN’s innovation, and the people behind the manufacturing of our products. Now, this is modern day medicine, so we are not referring to voodoo, cauldrons and potions, but maybe there is a little magic in our FLOQSwabs®? On behalf of everyone here at COPAN, we wish you a happy and safe Halloween!