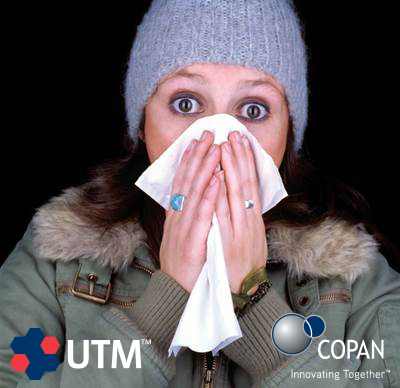 As Australia continues to fight a record-breaking flu epidemic, many individuals are left wondering what this means for the rest of the world. Will those living in the Northern Hemisphere also suffer a similar plight? The short answer is: yes.

While experts all agree that the only predictable element of the flu season is that it’s unpredictable, there is a consensus that the early and extreme season in the Southern Hemisphere is likely to be repeated on the other side of the equator.

Australia has already counted more than 94,000 laboratory-confirmed cases of influenza in 2017, nearly two-and-a-half times more than last year at the same time, per the Australian Government Department of Health Surveillance Report.  Of those, 52 people have died of influenza-related causes, compared with 27 as of August, last year.

The severity of the season really depends on the strain of the virus, say officials in a recent report. If this year’s influenza is the same one that was circulating last year, yet not that many individuals fell ill, then they didn’t build up immunity. Suppose Australia is dealing with a completely different flu strain? That would also explain the surge in cases.

As the virus makes its way around the globe, scientists get together and try to predict which strains are most likely to strike. The flu vaccination is then formulated with those virus strains. Yet scientists can only hypothesize which genetic variants will be the most prevalent. That means the Australians who were vaccinated, but still became sick this season, may have been inoculated with the incorrect strains.

Is the Flu Headed Our Way?
There’s not always an explanation for trends but despite all the “flu is unpredictable” chatter, most of the time if influenza ran rampant down under, it will rear its ugly head in North America and Europe, just as hard.

The best defense is offense. Sometimes it’s as simple as washing hands regularly, maintaining clean surfaces and covering the mouth and nose when sneezing and coughing. Still, influenza is a hardy virus, and although the flu shot is not a guarantee, getting vaccinated is the best step towards prevention.

Since pregnant woman are more likely to suffer serious complications from the flu and the virus can harm the baby in utero, the Centers for Disease Control and Prevention (CDC) also recommend that expectant  mothers get vaccinated. The flu shot not only helps prevent the mother from getting sick, but many studies show that it also protects the baby for several months after birth.

For individuals who are already sick, sample collection is a crucial piece of the pre-analytical puzzle. By properly diagnosing patients within the first few days of the illness, doctors can treat the individuals early and more effectively.

COPAN’s UTM® Universal Transport Media, coupled with COPAN’s flocked swabs, is the ideal tool for the collection, transport and maintenance of the virus to help identify when the flu is the cause of an illness.

In a country filled with a nightmarish number of poisonous snakes and spiders, not to mention saltwater crocs, it’s crazy to think that a runny nose, headache and fever could strike fear. But the flu is a deadly and highly contagious virus, especially among the most vulnerable: the elderly, the young, the pregnant and those with compromised immune systems. Since the prognosticators say it’s likely to hit the Northern Hemisphere hard during the 2017-2018 season, the best bet is to hope for the sun but plan for a storm.

Want to learn more about the best devices available to collect and transport samples for influenza testing? Contact COPAN today.