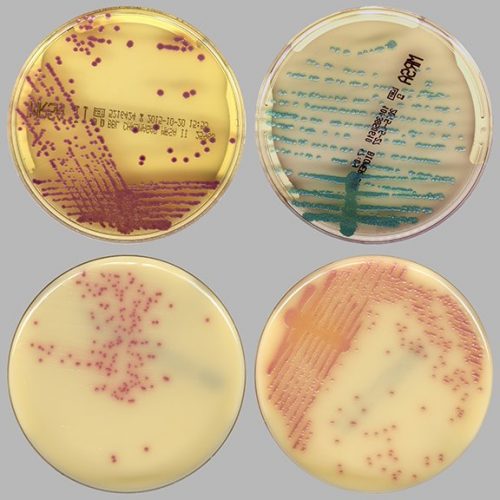 It’s finally here, the publication we’ve been waiting for! Copan’s WASPLab® image analysis software was used in multi-center study, entitled “Automated Scoring of Chromogenic Media for the Detection of MRSA using the WASPLab® Image Analysis Software”. The research aimed to confirm the accuracy and dependability of COPAN’s Chromogenic Detection Module (CDM) for sorting positive and negative cultures for MRSA using chromogenic agar. Between several locations across the globe, an unprecedented number of over 57,000 samples were processed. The results of the research have the capacity to completely change the way microbiology laboratories work!

Methicillin-resistant Staphylococcus aureus (MRSA) is a staph infection that is resistant to commonly prescribed antibiotics. Pre-admission or hospitalized patients are normally screened for MRSA because of the problematic nature of this organism. Due to this, laboratory technicians are often tasked with a high volume of plates to screen with a typically low number of positives. Looking through hundreds of plates a day is very strenuous on the human eye and can lead to small colonies or few colonies that may be present on a plate going undetected. By creating an algorithm that identifies colonies and can distinguish between different colors, depending on the manufacturer of the chromogenic agar, the WASPLab® CDM would ideally do the work of sorting positive from negative cultures automatically! Though this software has been available on the WASPLab® for some time, it wasn’t until recently the data was published to substantiate its performance.

The methods used to score the CDM were unmatched in our industry due to several factors, including the number of labs chosen and the amount of samples processed. The four labs were A.O. Ospendale Niguarada (Milano, Italy), PAMM laboratories (Veldhoven, The Netherlands), CHU de Quebec (Quebec City, Canada), and Hamilton General Hospital (Ontario, Canada). The robust scale of the CDM’s capabilities was also demonstrated as chromogenic agar was used from three separate manufacturers; Bio-Rad Labs (Redmond, WA), bioMeriéux (Marcy-l’Etoile, France), and BD Diagnostics (Sparks, MD), each with their own color pigmentations for positive cultures.

Of the 57,690 plates, 1,367 were scored positive by both automation and the manual reading process. This information alone is impressive, but in addition to the 1,367, the software indicated 5,210 more plates as ‘non-negative,’ which upon a second manual review were re-classified 153 cultures as positive for MRSA. Now, the software’s algorithm purposefully sets the threshold high so that positive MRSA cultures are never missed. In fact, the software did not report one manual positive plate as negative! This demonstrates that COPAN’s CDM has 100% sensitivity rate. The specificity ranged from 90-96% varying by location, once again this is because the settings on the CDM were set conservatively in order to avoid any chance of a “false negative.”

What makes this such exciting for us at COPAN is that the results suggest the software to be more sensitive and more accurate than manual reading! In addition to offering a reliable and robust scoring of the plates, technicians were able to examine and score ALL the plates without the need to touch or manipulate negatives! Lab techs no longer have to sort through stacks and stacks of plates looking for the proverbial “needle in a haystack.”  In a world where microbiologists are faced with limited resources and increased work volumes, the software greatly reduces the volume of plates that actually need to be handled and worked up. Over 88.6% of the plates were never even touched at all! The Chromogenic Detection Module is designed with the technologist in mind. It is able to rapidly pre-screen cultures to determine the presence of specified organisms or pathogens and then score as either positive or negative. This advancement allows for a faster turnaround and patient results within the therapeutic window for treatment! By utilizing the WASPLab® automated digital analysis software, the capacity for improved patient care is unbounded. In fact, if you want even more great news, you’ll be happy to learn that this is just the first of a series of algorithms the amazing engineers at COPAN have made available to WASPLab® users.