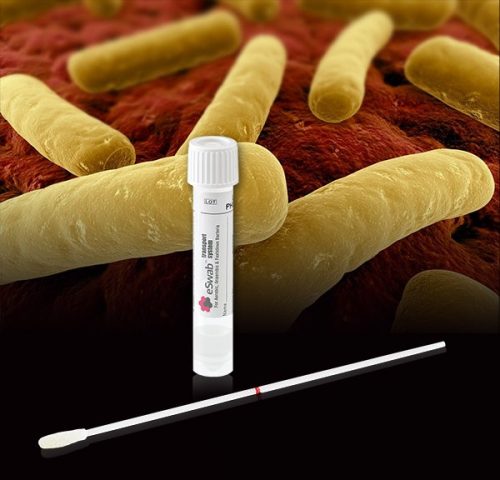 Microbiology is so fascinating partly due to the vast amount of bacteria living and functioning in our natural world. Despite the benefits that they can bring as part of our normal flora host defense mechanism, bacteria can also be harmful and certain types can cause dangerous infections. The process in which we identify bacteria and determine the proper defense against infections is rather complex. Anaerobes have always been difficult to isolate and test for, due to their fastidious nature. Before the invention of the flocked swab, (FLOQSwabs®) microbiologists used traditional fiber wound swabs, which tend to keep the sample locked inside the matrix of the fiber, which severely inhibits the release of the sample onto the culture plate and can affect your results. Once the flocked swab came onto the market, diagnostics greatly improved, as now the sample is both collected and released very efficiently.

Additionally, the traditional protocol and Gold Standard for anaerobe culture recommended using glass tubes filled with pre-reduced agar medium to preserve the sample, but these products are very costly. The combination of traditional fiber swabs with poor release combined with medium in glass tubes provided expensive and less than satisfactory means of collecting and transporting anaerobic culture swabs. COPAN’s ESwab™ kit, which comprises of a nylon-flocked swab and a plastic screw top tube containing modified liquid Amies solution, is more cost effective and becoming widely endorsed as the best swab system to use for investigating anaerobic infections. Actual pus or tissue from the site of infection will also be the preferred option for anaerobic culture, but when a swab is called into use then ESwab™ is the swab of choice for clinicians and microbiologists.

Putting ESwab™ to the Test
The study, entitled Comparison of the COPAN eSwab System with an Agar Swab Transport System for Maintenance of Fastidious Anaerobic Bacteria Viability, performed by K. L.Tyrrell, D. M. Citron and E. J. C. Goldstein, presents data that revolutionizes our thinking about fastidious anaerobes survival in swab systems. To begin, the team carefully selected a broad and comprehensive list of bacteria to adequately challenge the ability of ESwab™ to support anaerobes. Please see the full chart below for information on the selected anaerobes.

In their study, the group found that by using ESwab™, fastidious anaerobic bacteria survived within the transport system for up to 48 hours! By catching more sample with the flocked swab, and then fully eluting it into the transport medium, it was recorded that sufficient sample amounts had survived for proper testing and significant growth was detected when evaluated against the gold standard.

The study breaks down the team’s results by categorizing them into either gram-positive or gram-negative. They tested the organisms in COPAN ESwab™ and a well respected Gold Standard transport system that incorporates pre-reduced medium in a glass tube designed to resist any oxygen penetration for Anaerobe Systems. Both swab transport systems were tested at room temperature and 4°C in order to imitate a clinical setting. By proving ESwab™ as an efficient system for retention and recovery of fastidious anaerobic bacteria, medical institutions and microbiology laboratories can now cut their costs by consolidating the amount of products needed. ESwab™ has a proven performance record with aerobes and now too with fastidious anaerobes, thus providing a truly multipurpose transport capability and thus avoiding the necessity to inventory two types of swab collection systems. Using ESwab™ also opens the door for automation, so samples for aerobe and anaerobe culture can be planted and streaked at the same moment.

Still Not Convinced?
There have been multiple studies to further support the conclusions of K. L.Tyrrell, D.M. Citron and E. J. C. Goldstein. One such evaluation was performed by S.D. Allen, J.N. Kedra and J.A. Siders, to test the maintenance of anaerobes using the ESwab™ system against BBL Port-A-Cul (PAC) agar tube transport system with polyester fiber swabs. Like the aforementioned Anaerobe Systems product, BBL Port-A-Cul is another Gold Standard, widely respected and dedicated system for anaerobe swab transport. The results concluded that ESwab™ is suitable for maintaining viability of clinically important anaerobic bacteria during transport and storage either at 4°C or Room Temperature (RT). Read the full study here.  Or read about the study conducted by Kenneth G. Van Horn, Carol D. Audette, Denise Sebeck, and Kelly A. Tucker, entitled Comparison of the COPAN ESwab™ System with Two Amies Agar Swab Transport Systems for Maintenance of Microorganism Viability. This study followed the CLSI document M40-A, and used the quantitative elution method to evaluate the ESwab™, in comparison to the Becton Dickinson CultureSwab MaxV swab and the Remel BactiSwab, for the maintenance of viability of aerobic and anaerobic microorganisms. Once again, the results concluded that ESwab™ was an acceptable alternative.

The Results Are In!
These studies and more can be found on our website, which prove that labs no longer have to stock both anaerobic AND aerobic swab transport systems. The costly anaerobic systems can be replaced with ESwab™. Now the same system can be used for both, all while maintaining the performance of the Gold Standard! 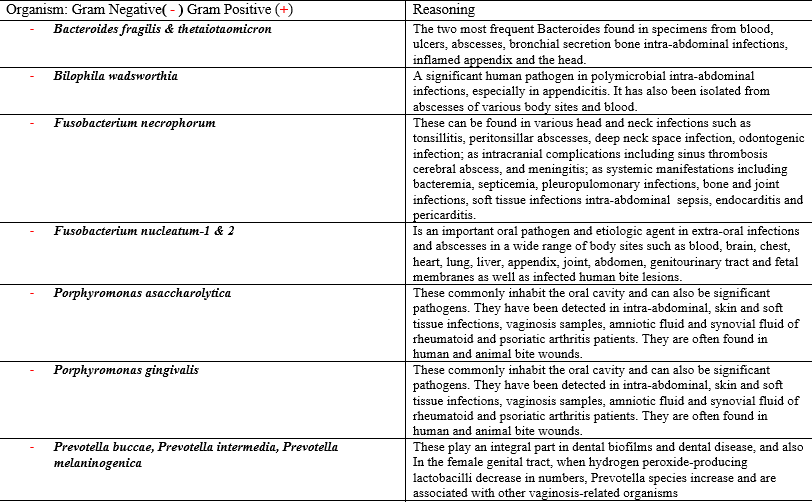