Candida auris, An Emerging Superbug Fungus Quickly on the Rise? 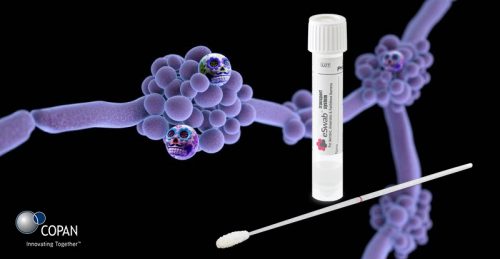 As if the flu wasn’t bad enough news this year, David Thill warns us about an emerging superbug fungus through the article titled “Could A Rare, Deadly ‘Superbug’ Fungus Be Gaining A Foothold?” Candida auris is the name of the fungus superbug that is emerging globally as a serious, and in some cases, deadly fungal infection that is resistant to most medications used to treat fungal infections. It mostly affects immunocompromised patients in long term facilities or hospitalized. It enters the bloodstream through wounds, catheters or ventilators to attack vital organs. The Centers for Disease Control (CDC) report that most of the cases have occurred in New York and New Jersey, but some cases have also occurred in California, Illinois, and Florida.

In June 2016, the CDC issued a Clinical Alert to U.S. Healthcare Facilities regarding the “Global Emergence of Invasive Infections Caused by the Multidrug-Resistant Yeast Candida” to create awareness of this organism among to clinical, state, and public health laboratories, as well as to point out the challenges its identification creates. Swabs are a common collection tool to assess colonization for Candida auris. The healthcare professional swabs, at a minimum, the inpatients’ axilla and groin. It is important to note that the patient should not be on antifungal medications at the time of the swabbing.  Then, the swabs are sent to the laboratory for testing. In a previous study, ESwab™ has been shown as an excellent collection and transport system able to maintain and recover a broad range of fungi after 48hrs at 4ºC and RT. COPAN ESwab™ has been successfully and extensively used for surveillance cultures including MRSA, VRE, CROs and other multi-drug resistant organisms. This latest application presents another of the many applications for the use of ESwab™.

A relatively new superbug, Candida auris was only identified in 2009 by a group of scientists, including Dr. Anuradha Chowdhary, who is a Professor of Medical Mycology in the Department of Medical Mycology at Vallabhbhai Patel Chest Institute, University of Delhi, India. Along with her colleagues, she published her research showing echinocandins, a new class of antifungal medications, as promising new treatment for the fatal infection. Although a new superbug, the number of incidences are rising in the US.  There were only 7 cases of Candida auris reported between May 2013 and August 2016 in the US. But in 2017, the number of cases of Candida auris has rapidly escalated to an alarming 200 cases, which is a reason for concern. The shocking increase in number of cases of this challenging emerging multi-resistant organism highlights the importance of the CDC’s Antibiotic Resistance Laboratory Network for coordinating a rapid detection of antibiotic resistance in healthcare, food, and the community, and communicating local responses to prevent spread of the disease and protect the public.

As awareness of this emerging infection increases, it is important to keep in mind that strict infection control practices, careful environmental cleaning, and increased emphasis hand hygiene and antibiotic stewardship play a vital role in preventing the transmission of this and other opportunistic superbugs.  To read more about ESwab™ for Viability of Clinically Significant Fungi by Using CLSI M40-A2 Document Parameters, click here.