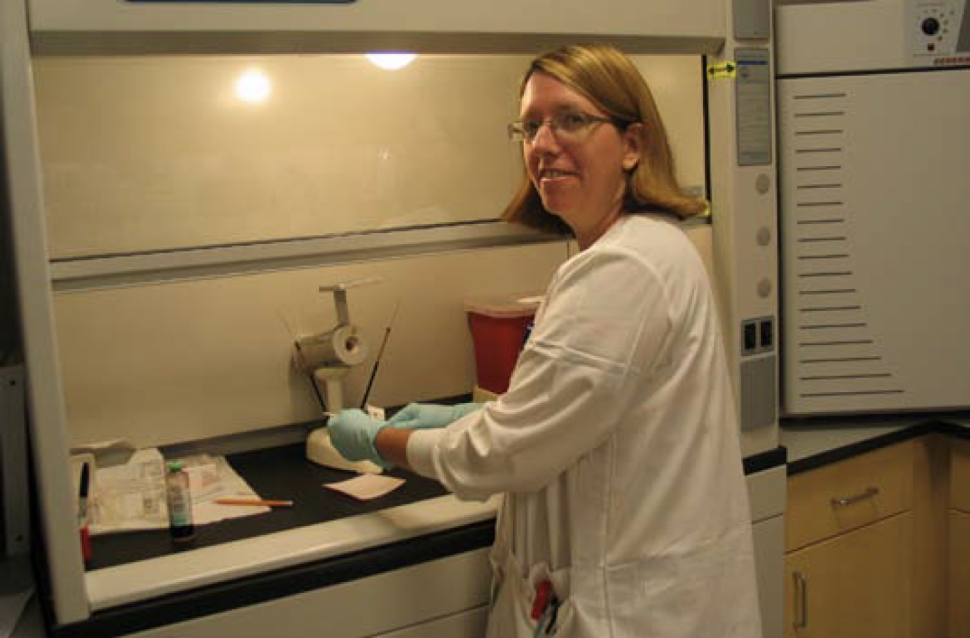 Tami Brown, is the happy winner of the “I love COPAN Flocked Swabs Promotion.” COPAN ran the promotion from March 2011 to May 2011, and it was publicized in different magazines and industry events. Tami’s name was randomly selected from all the entries, and she became the winner of a trip for two to Italy. “Participants were asked to tell us why they love COPAN Flocked Swabs, and we were pleased with the tremendous response we received” said Norman Sharples, COPAN Diagnostics’ Executive VP.

“I love the flocked swabs because our pediatric patients no longer have to endure a nasal washing! The swabs are great for our RSV testing. The stress to our patients and their parents is much less and the swabs seem to pick up the virus much better than the nasal washings,” said Tami Brown, a MLT (ASCP), at Crete Area Medical Center.

“We received many comments from COPAN flocked swab users across the USA. The underlying theme was that users of COPAN Flocked Swabs love them because swabs are less traumatic and easier to collect than nasal aspirates and washes. Also mentioned repeatedly was that the yield of organisms is a dramatic improvement over fiber swabs, and that the use of COPAN flocked swabs makes the users’ and patient’s lives easier, while maintaining a high quality of results” added Sharples. “We are happy to announce Tami as the winner of our promotion, and we wish her a great time in Rome” concludes Sharples.

With a reputation for innovation in preanalytics, COPAN is the leading manufacturer of collection and transport systems in the world. COPAN offers a line of automation and microbial sampling products used for traditional culture analysis and molecular diagnostic assays. For more information, visit www.copanusa.com