I Scream, You Scream, We All Scream for Ice Cream 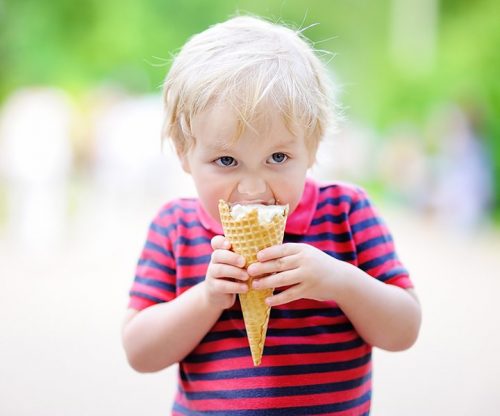 So why tinge any of that sugar-coated nostalgia with the scary reality of Listeria?

Unlike other bacteria that can cause foodborne illnesses, Listeria monocytogene thrives and survives in cold environments.

Listeria infection, or listeriosis, caused by eating items contaminated with Listeria monocytogenes, is the third leading cause of food poisoning death in the United States, according to the Centers for Disease Control and Prevention.

While other common foodborne illness causing bacteria, such as Salmonella and E. coli, like warm environments and aren’t likely to grow in freezing conditions, Listeria can hide in cheese, milk, ice cream or other dairy products, fresh produce, equipment crevices and even in the freezer.

About 1,600 Americans become sick with Listeria annually and of those at least 260 die, according to the CDC. While many individuals who consume food contaminated with Listeria may never become ill or have less severe symptoms, certain members of the population are at a serious risk.

Pregnant women, individuals with compromised immune systems, infants, children 5 and younger, and adults 65 or older, can become seriously ill or die as a result of consuming food contaminated with Listeria.

Listeria can cause a range of symptoms from a fever and diarrhea to headache and stiff neck.

Pregnancy and Listeria: A Dangerous Recipe

In the 1990s, listeriosis outbreaks were primarily linked to deli meats and hot dogs. Today, the vast majority of Listeria infections circle back to soft cheeses, celery, sprouts, cantaloupe and ice cream.

Pre-natal Listeria infections are a particular risk since pregnant women may be asymptomatic. In the meantime, the infection can be passed to the unborn baby, and can lead to miscarriage, stillbirth, premature labor or a life-threatening illness.

Raw, unpasteurized dairy products are another item that all individuals, and especially pregnant women, the elderly, children 5 and younger and those with compromised immune systems, should avoid. Without the heating process of pasteurization, milk can contain extremely dangerous bacteria including Salmonella, E.coli and Campylobacter.

Still, even with these warnings, some believe that raw milk holds special health benefits and tastes better than its neutered cousin. And lately, there has been a sort of raw milk evangelism rising up in the U.S. This trend has had some negative results, with outbreaks linked to unpasteurized milk doubling in the past five years.

The Food and Drug Administration is currently investigating a multi-state listeriosis outbreak traced to raw milk cheese from Vulto Creamery. Two deaths and six hospitalizations may be linked to the Walton, New York dairy.

A 2016 listeria outbreak that sickened two Americans, and lead to the death of one, was traced to Miller’s Organic Farm raw milk.

In February of 2015, during a routine inspection of a distribution center, the South Carolina Department of Health and Environmental Control isolated Listeria from Blue Bell Ice Cream products.

Through a system that compares the DNA fingerprints of the specific bacteria from the patients to outbreak, investigators were able to link 10 Listeria infections to ice cream products from the Brenham, Texas-based Blue Bell Creameries. Three of those patients, all in Kansas, died as a result of the infection.

A world without a scoop of French vanilla on a waffle cone? A summer without Rocky Road?

The good news is we don’t have to live in an ice cream-less world. Foodborne illnesses, such as Listeria, are completely avoidable. The key to prevention is an efficient, rapid and convenient hygiene monitoring system.

Regular sampling of surfaces, equipment and ingredients are essential to ensuring that the products leaving every facility are safe to consume, and of course, enjoy.

Would you like more information about COPAN’s specialty line of environmental sampling products? Please contact us today.