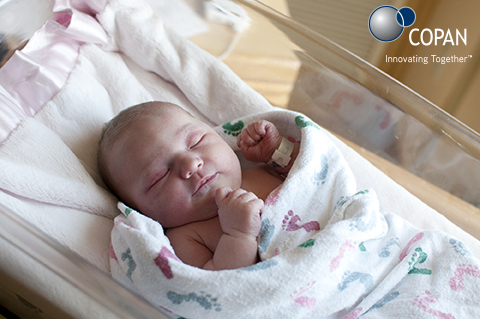 Apparently, many Americans spend the holidays doing more than hanging up stockings and trimming the tree. September happens to wear the noteworthy title of “most popular birth month in the United States”. Count back nine months and … you get the point.

The most popular birth date? It’s now Sept. 9, according to the most recent birth data from the National Center for Health Statistics and the Social Security Administration. Back in 2006, The New York Times reported on data from Harvard researchers that looked at births between 1973 and 1999. That study found that the most common birth date was Sept. 16.

While the newer data shows that nine of the top 10 birth dates fall between Sept. 9 and Sept. 20, one thing can be agreed upon: September is a popular time to pop out babies.

Pumpkin Spice Lattes and Prenatal Care
As the season fades from summer to fall, football takes over the airwaves and everyone starts heading to Starbucks for that ubiquitous drink, babies are also flowing into the world at a steady pace. It’s a good time to remember how essential prenatal care is for their health.

In addition to a flu shot for mama, which helps protect the infant from influenza those first few months, testing for group B Streptococci (GBS) is crucial. GBS is a bacterial infection that can be found in 25 percent of pregnant women’s vagina or rectum. The infection can be passed along to the newborn during delivery and can cause serious complications including sepsis, pneumonia and meningitis.

If the mother is treated with antibiotics during labor, the chances of passing it along to the baby drop from 1 in 200 to 1 in 4,000, per the most recent data from the Centers for Disease Control and Prevention (CDC). Because GBS is usually asymptomatic, prenatal screening is the only way to detect the infection and protect the baby during labor. Routine GBS screening should be performed between the 35 to 37-week mark.

The Clock is Ticking When Baby is On the Way
Prenatal care is ideal but the reality is, it doesn’t always happen. When an expectant mother shows up in labor and has not received GBS screening, time is of the essence.

Since at least 15 percent of pregnant women fail to seek prenatal care, physicians need a sensitive, fast and accurate test, so they can receive the results in time to treat the mother appropriately.

In light of this statistic, a 2016 study “Detection of Group B Streptococcus Directly from ESwab™ Collected Samples Using the BD Max™ GBS Assay” evaluated the detection of GBS at two different times and discovered that although samples collected and immediately tested showed a small decline in sensitivity, the rapid test is a potential game changer.

“Even though same on day direct testing from ESwab demonstrated a reduced sensitivity (92.7%) when compared to 24h ESwab direct PCR (97.2%) and Lim Broth PCR (99.1%), it may be an option for emergency cases or for rapid screening of women at the time of delivery,” wrote Silbert et al. in the study published in the Journal of Clinical Microbiology. “The ability to test a direct specimen may aid in guiding administration of prophylaxis in the patients who have not been screened prior to delivery, and in cases of unexpected or early labor where enrichment culture or PCR results are not yet available. We propose that, if results of the direct test are negative, the test could potentially be repeated after ESwab is held for 24h at room temperature to confirm direct testing. Alternatively, one could default to the inoculation of Lim Broth for 18-24h incubation prior to PCR testing, which is the recommended standard of care.”

As we leave the most popular baby birthing month behind, it’s good to know a test exists that will help lessen complications and bring that little bundle of joy into this world with as many health advantages as possible.

And don’t forget in a few months, while you’re joyfully hanging Christmas lights and humming Winter Wonderland, that you’re right in the middle of the top conception month. Grab that extra mug of spiked egg nog and decide if you want to join the party!

Want to learn more about ESwab™? Contact us today!