INTRODUCTION
The transport of viable microorganisms from patient sources to the laboratory remains of utmost importance in the diagnosis and treatment of infectious diseases. Indeed, the reliability of culture reports depends upon this. Suitable transport conditions vary depending upon the type of infectious agents suspected and their growth requirements. Ideally, specimens should be inoculated onto appropriate culture media at the bedside. However, this is not practical in most instances. In practice, the culture of some specimens may be delayed several days in transit to reference laboratories performing the culture. Clinical specimens for aerobic and facultative anaerobic microorganisms are routinely collected and transported to the laboratory using a single collection device. Anaerobic and some fastidious pathogens may require the use of special transport systems.1 Too often the decision on which system to use is not based upon laboratory evaluations but rather upon presentations by sales personnel. An ideal culture transport system must preserve the viability of microorganisms without allowing them to replicate over a period of time. Several media available for this purpose are Stuart, Amies with or without charcoal, and Cary-Blair2. Appelbaum et.al.2, recently reported a comparison of two commercially available transport systems for the recovery of microorganisms from clinical specimens. The present study evaluates four commerically available transport systems for the recovery of 12 species of bacteria over a 48 hour period.

MATERIALS AND METHODS
Test organisms (table 1), were cultured on trypticase soy agar supplemented with 5% sheep blood or on chocolate agar plates (BBL Microbiology Systems, Cockeysville, MD) at 35 C. in an atmosphere of 5% CO2 in air. Fresh isolates were suspended in saline and calibrated to equal a 0.5 McFarland standard ( l08 cfu/ml). The standardized suspensions were calibrated using a A-just turbidity reader (Abbott Laboratories, Chicago, IL). Swabs from each of the four transport systems (table 2), were seeded with pure cultures of the individual organisms by dipping the swabs into the calibrated saline suspensions and returning them to their respective transport system. A total of 192 swabs were used (four swabs for each of 12 organisms at 4 incubation times). After inoculation, swabs were removed from the transport system and were rinsed in one ml. of sterile saline. Each saline rinse was then diluted 1:5, 1:6 and 1:7 in sterile water and immediately streaked in duplicate onto culture plates. This procedure was repeated for each transport system following 4, 24, and 48 hour storage at room temperature. Culture plates were incubated for 24 hours and colony counts were generated from the dilution yielding between 30-300 colonies per plate. Colony counts were performed for each organism at 4, 24, and 48 hour incubation times and compared to the counts generated at zero time. All counts were then transformed to logarithmic (log10) bacterial counts/ml. A percent reduction in viability from zero was calculated for each organisms and each transport system using the following equation:

RESULTS
The Difco Transport Pack and the Scott Swab Pack yielded the best overall results. The highest colony counts and the lowest percent reduction from zero were calculated for organisms cultured from the Difco Swab Transport Pack. Two exceptions to this occurred, Escherichia coli and Campylobacter jejuni. For E. coli, BBL Port-A-Cul and the Marion Culturette had higher counts and lower reductions from zero than Difco. This may be due to organism propagation during transport in these two systems (see graphs). Campylobacter jejuni did not survive in any of the transport systems. Overall, the systems using Amies medium did better than the systems using Stuarts medium.

DISCUSSION
The Culturette brand transport device is the most widely used system by microbiology laboratories for the transport of aerobic and facultative anaerobic bacteria. Appelbaum et. al.2 have shown that this system is inferior to the Difco transport system in preserving the viability of most clinically significant bacteria. In the present study, transports using Amies medium were superior to those using Stuarts medium. Reasons suggested for this superiority are a reduced environment, better thermal protection, lack of dilution effect, lower oxygen permeability and ease of use. In addition, Amies medium contains a phosphate balanced salt solution in a semisolid medium which in itself may better protect organisms and allow them to maintain equilibrium during transport. Most organisms survive in Stuart medium overtime, but reduce in numbers as compared to preservation using Amies medium. One exception to
this occurred with E. coli. A possible reason for this might be that sodium glycerophosphate can be used as an energy source by some organisms including E. coli.3 This would account for the growth in both BBL and Marion swab systems for E. coli at four hour storage. In addition to the preservation advantage offered by the Amies transport systems, both Difco and Scott are much easier to use than BBL and  Marion. The Difco and Scott systems do not require an activation step, while BBL and Marion do. The effect, if any, that normal flora or a mixed flora has on the recovery of pathogens from transport systems needs to be evaluated through additional studies. However, we conclude the Difco system to be the best for the recovery of stock microorganisms over a 48 hour period at room temperature. 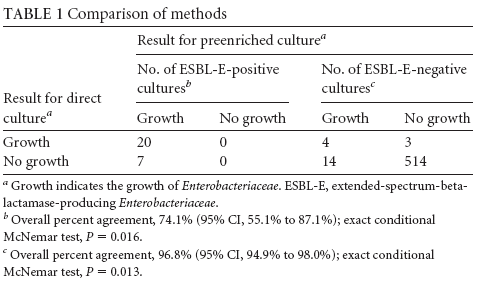 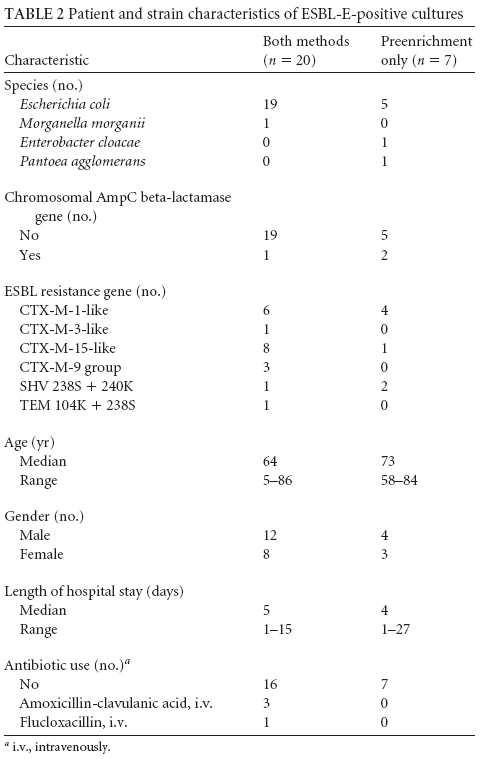 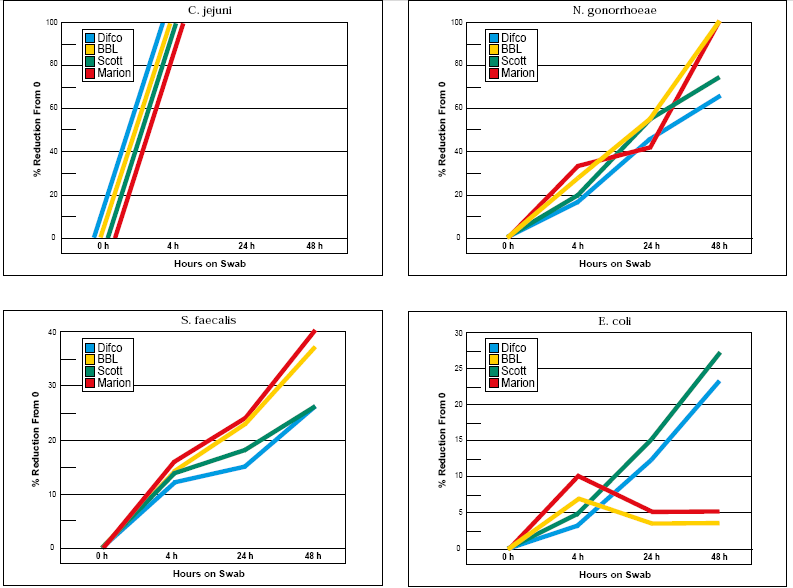 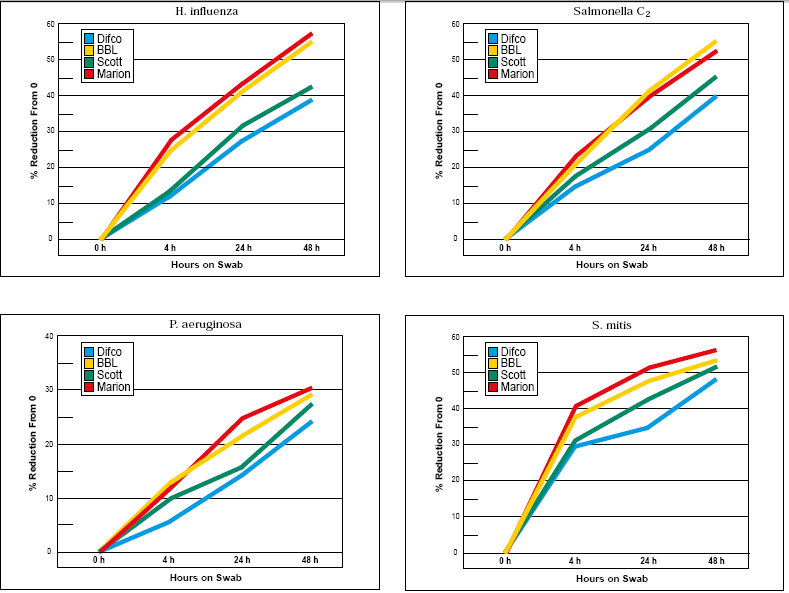 Paper Presented at the 1988 ASM Annual Meeting in Washington, D.C.

4N6FLOQSWABS, an Alternative for Sample Collection