To Phub or Not To Phub: How Dirty is Your Cell Phone? 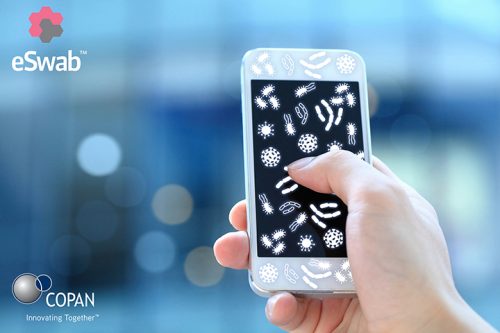 The smart phone, it’s an adult’s security blanket. The clear majority of adults, and increasingly kids and teens, rarely part with their cell phones. We drag them everywhere, apparently even, into that most private of areas: the restroom.

Ewww!
That might be the initial reaction but the dirty truth is 75 percent of the 19 individuals, who volunteered to have their cell phones swabbed, said they bring the gadget along with them during bathroom trips. To see for yourself click on https://www.youtube.com/watch?v=siHopHBdW2c

That would explain why four of those cell phones tested positive for fecal matter, including E. coli and Klebsiella pneumoniae during a study conducted by Dr. Susan Whittier, Director of Microbiology at the New York-Presbyterian/Columbia University Medical Center. Using COPAN ESwab ™, researchers swabbed the front and back of 19 cell phones.

After vortexing each swab for even distribution, the specimens were inoculated onto plates containing two different types of agar to help the bacteria grow. The samples were spread across the media using sterile plastic loops to create isolated the colonies. The colonies were picked from the plates using sterile plastic needles.  The plates were then placed in the incubator for 48 hours at 98.6º F.

Two Days Later
What exactly was growing on those plates when the researchers pulled them from the incubator? A whole lot of yucky bacteria – to be plain and simple. While most of the cell phones contained the regular bacteria that everyone has on their hands, three contained potential pathogens. One participant’s phone tested positive for a strain of the superbug Methicillin-resistant Staphylococcus aureus (MRSA) and others were covered in Methicillin-sensitive Staphylococcus aureus (MSSA). MRSA are highly contagious antibiotic-resistant superbugs that can cause serious complications when spread in hospitals or rest homes.

Of all the 19 phones tested, only 10.5 percent were completely devoid of bacteria colonies. More than 31 percent of the phones contained between 20 to 50 colonies and 21.5 percent had 50 or more colonies.

Most bacteria are harmless and live on everything from cutting boards to computer keyboards. Everyone is exposed to different microbes throughout the day without getting sick and germs help build up antibodies. Still there are some bacteria, such as MRSA, that can lead to deadly illnesses or ones, such as E.coli, that could cause foodborne illnesses.

Since cell phones are distinctly not sterile, it’s clear they should never be used during food handling or processing. The U.S. Food and Drug Administration (FDA) has passed strict guidelines banning the use of cell phones during any type of food preparation to prevent cross contamination.

A little food for thought: next time you’re eating out and tempted to phub your dinner date, just remember how many germs are clinging to that smart phone. Maybe that reality will force us to put down the phone and have a conversation!

About COPAN’s ESwab™: This multipurpose collection and transport system is the only liquid-based product that maintains viability of aerobic, anaerobic, and fastidious bacteria at room and refrigerator temperature for up to 48 hours. The kit is comprised of 1mL of Liquid Amies and a FLOQSwab®.  ESwab™ elutes the entire sample into the medium providing up to 10 identical aliquots of liquid sample suspension to perform multiple tests from the same specimen. Contact us today for more information!