Optimizing Workflow in a Post-WASPLab® World 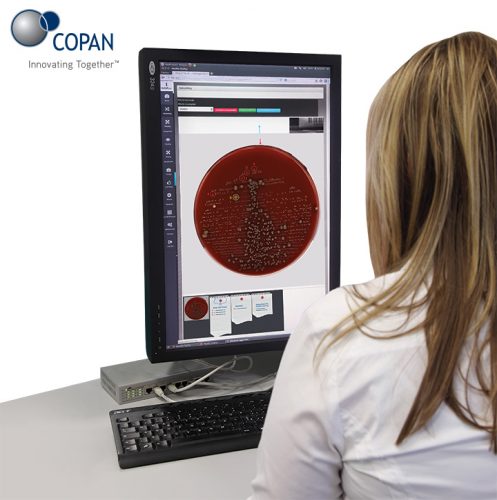 Per a recent study released by TriCore Reference Laboratories, COPAN’s automation brings all of that, and more, to the Microbiology laboratory.

“Implementation of WASP™ and WASPLab® in our laboratory has allowed us to grow in volume without requiring more technologists and more space. These improvements in labor cost, employee satisfaction and retention, TAT (turn-around-time) and quality, demonstrate that the WASPLab® is an effective tool to optimize workflow in the clinical microbiology laboratory,” wrote Ellen Richards et al. in a study presented at the American Society for Microbiology (ASM) Microbe 2017 conference in New Orleans titled “Optimization of Clinical Microbiology Laboratory Workflow Utilizing the COPAN WASPLab® for Urine Cultures and MRSA Cultures”.

When the preanalytical phase of laboratory testing accounts for nearly 60 percent of the diagnostic process and preanalytical errors account for 84.5 percent of all testing errors, it’s obvious there’s a lot of room for improvement in this ballgame. That’s why COPAN is stepping up to the plate.

Baseball metaphors aside, the objective of this study was to evaluate the impact of automation in the Microbiology laboratory and assess its efficiency. COPAN’s full laboratory automation, WASPLab® gives laboratories the ability to fully automate up front specimen procession, incubation and digital plate reading of samples. In addition, this instrument truly revolutionizes sample processing with its unique algorithms.

A Method to the Madness

Clinical Microbiology labs are facing some serious dilemmas. A dramatic decline in the pool of skilled workers, coupled with the encroaching retirement age of the average medical technologist, plus the surge of samples, is causing this industry to look for more streamlined, cost-effective ways to process specimens.

Testing for antibiotic resistant Hospital-Acquired Infections is growing, in part because Medicare and insurance companies often withhold reimbursement for patients who contract an infection during a hospital stay. To improve patient care, and prevent the spread of these superbugs, rapid results are a necessity.

Today more patients than ever are being tested for Methicillin Resistant Staphylococcus Aureus (MRSA) and Vancomycin Resistant Enterococci (VRE) when admitted to hospitals. To address the burden created by increased sample volume and an overburdened staff, TriCore implemented WASP™ and WASPLab® into its Albuquerque, New Mexico site in 2016.

Prior to the implementation of automation, the team transitioned all swab collection to ESwab™. The move to COPAN’s multi-purpose collection and transport device is an important first step in the transition to automation. ESwab™, COPAN’s premiere product under its Liquid Based Microbiology umbrella, is comprised of 1mL of Liquid Amies and one flocked swab (FLOQSwab®).

The only universal liquid-based, multipurpose collection and preservation system, ESwab™ maintains viability of aerobic, anaerobic and fastidious bacteria for up to 48 hours at both refrigerator and room temperature.  Multiple tests can be performed from just one sample using this product.  The use of ESwab™ allows challenging swab samples to be efficiently processed using automated specimen processors.

The Dollars and Cents of Automation

As part of the study, the researchers evaluated their current protocol and in response developed a post-WASPLab® workflow. Thanks to the efficiency of COPAN’s automation, turn-around-time was decreased significantly. At the onset of this study a total of 50 urine cultures were plated six times by the WASP™ and incubated in the WASPLab® for screening and reading by technologists.

The team utilized a total of 900 urine cultures for reading and screening. A total of 28.6 percent of cultures were finalized at 18 to 24 hours of incubation compared to 9.28 percent without automation. By the time the incubation clock struck 30 hours, the comparison was 50.73 percent to 38.8 percent.

This time-saving tool has a far-reaching effect on patient care.

COPAN automation gives more experienced technologists the freedom to focus on complex cultures. That change management, courtesy of WASPLab’s efficient platform, could be the springboard that helps reduce the serious threat of antibiotic overprescribing since it could change the way physicians prescribe medication.

Still, as much as time and patient care are stressed, “show me the money” continues to echo through the laboratory halls. And here, WASPLab® proves itself in fighting shape. Before the instrument went live, TriCore spent 13.9 hours a day processing urine cultures and 11.2 of those hours were covered by technologists. After implementation, those numbers were slashed to 7.3 hours and work was redistributed to both technicians and technologists.

That reduction in hours and reallocation of labor translated into a 49 percent savings. That means in the pre-automation world TriCore was spending $90,483.50 in annual labor and with WASPLab® that dropped to $45,424.25!

Those numbers make it easy to say that the post-WASPLab® world is the place to be.