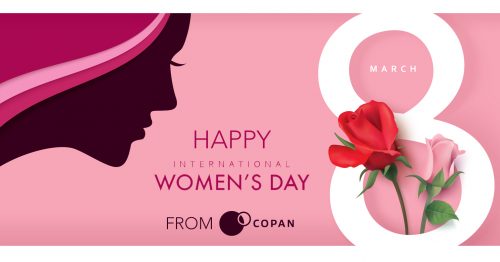 March is a beautiful time of year that brings with it the promise of warmer sunny days and fun outdoor activities. March is also a very special time of year because it is designated “National Women’s History Month,” a time to reflect on and celebrate the social, economic, cultural, and political achievements of women. This National holiday is a time where one is encouraged to show that they support women’s rights in America, but it also intended as a call to action for accelerating women’s equality globally.

Women have always fought for their rights, such as demanding their voting rights and working rights in the early 20th century. International Women’s Day began in the early 1900s, during the expansion of the Industrial Revolution, where women were increasingly taking a more active role in the world’s developing economies. Blatant inequality, low wages, and oppression led to global campaigns for change. As renewed pressure for women’s rights in the industrialized countries mounted, the first International Women’s Day was celebrated in Germany, Austria, Switzerland, and Denmark on March 19, 1911. IWD rallies and campaigns attracted an estimated 1 million people in various cities in the four countries.

Today, IWD is not associated with any country and is widely celebrated collectively around the globe. Given all that women have achieved in terms of empowerment since the first International Women’s Day in the 1900s, IWD is worth celebrating! However, one must remember that there is much progress still to be made.

Despite some progress, not a single country can claim to have achieved full gender equality. Around the world, Women still often face many roadblocks to their active participation in their economies and frequently lack the protection of fundamental rights and laws. Many women lack access to training, education, and skills. Disproportionate issues of poverty, discrimination, and violence are significant barriers to opportunity for many women. Gender discrimiantion silences the voice of many women in how their communities are governed as well–less than 25% of parliamentarians were women as of 2019[1].

In America, studies show that there is an increasing gender divide and that women are underrepresented in the fields of science, technology, engineering and math (STEM). Estimates show that women only make up 1 in 5 of workers in these fields [2,3]. Being far outnumbered by men in science, engineering, and design limits the influence women should have on the development of future innovations. It’s crucial that women’s perspectives and ideas equally impact the technology we use to build our future societies.

International Woman’s Day is a grass-roots movement that has always maintained that it is not a country, group, or corporation-specific celebration [4]. However, IWD is increasingly sponsored by major corporations and used to promote feel-good messages, rather than social reforms and actual action.

COPAN has always been a company that not only promotes the message of women’s equality but follows the call to action for bringing about gender parity. COPAN’s approach starts with the respect of the rights of women and extends to their promotion, as well as helping to develop skills and open up opportunities in our own operations. COPAN takes pride in the fact that women make up 64% of its global staff!

In fact, at this moment in time, when we are facing increased demand due to the COVID-19 outbreak, all of our team, many of them women, without hesitation have agreed to work overtime. Our production shifts have increased from 2 shifts Monday through Friday to 3 shifts 7 days a week to maximize production to meet this global challenge. Thanks to the commitment and effort of our whole team, we have made a company-wide commitment to serve our customers as product demand soars.

COPAN has always maintained that all people are entitled to fundamental human rights and respectful standards of treatment. This belief is deeply rooted in our core values and our longstanding commitment to diversity and inclusion. COPAN believes that women’s rights and economic inclusion are priorities to succeed long-term. As we take the next month and celebrate International Women’s Day on March 8th, we should reflect on progress made and to celebrate acts of courage and determination by women, who continue to play an extraordinary role in the history of our workplaces, communities and countries[4].