Have You Heard that Sitting is the New Smoking? Get up and Move with WASPLab’s Clever Canister Plate Delivery System 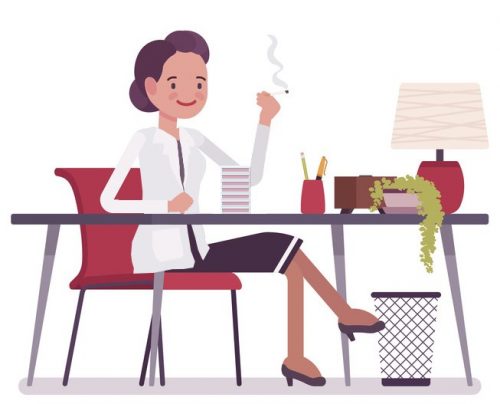 A pack of Camels or a day spent sitting down? Those hours clocked in chairs are maybe just as deadly as that pack of Camel cigarettes.

For every six hours spent sitting, men reduce their life span by 20 percent and women by 40 percent, per the World Health Organization. Multiple studies point out that even when coupled with an hour of daily exercise, that time in the chair can lead to a whole host of medical problems.

Sedentary individuals are more likely to develop cancer, heart disease and type 2 diabetes, than their active counterparts. Couple that with the increased risk of obesity and it’s obvious that desk chair isn’t doing anyone any favors.

Those statistics have lead doctors, fitness gurus and health officials to start claiming that “sitting is the new smoking” and encourage everyone to get off their bottoms and move. Adjustable “standing desks” that allow individuals to vary from standing to sitting throughout the day and treadmill desks, have started to make appearances across workspaces everywhere.

It’s rumored that super fit star Madonna burns extra calories by taking calls and answering emails while walking on a treadmill. And former Spice Girl Victoria Beckham tweeted a photo of herself strolling on a treadmill desk with the caption “Every office should have one of these, work out and work at the same time!! Genius!!”.

While the Material Girl or Posh Spice’s existence is a little far-fetched for most us, taking steps toward a healthier lifestyle is a possibility. One of those steps is already taken care of by WASPLab®.

Adding a Bit of Fitness to Automation

Prior to COPAN installing WASPLab® at the University of Kentucky College of Medicine in 2014, one of the first questions was whether to include integrated work benches.

During the planning stage, Sandra Mills excitedly told her team that with the new system they wouldn’t even have to get up from their desks to pick up plates. Their response? Not exactly enthusiastic.

“They said ‘We want to get up and move around. We don’t want to have to sit in this chair all day long’” said the University of Kentucky chief technologist during a 2014 video interview conducted by COPAN. “We had the opportunity to do it, and we could have done it, but in our situation, in our laboratory, it didn’t work out that well. So, we’re going with the canister system and everybody’s very happy about that.”

It wasn’t by accident that COPAN designed its automation with a canister system instead of the integrated benches that Mills referenced. Besides the obvious health benefit of not sitting all day long, COPAN’s canister configuration gives labs more flexibility to grow and adjust the footprint of the instrument without having to demolish or rebuild the laboratory. With canisters, the WASPLab® can fit in any lab regardless of space restrictions. Also, the presorted canisters, make it easier to add additional stations without constructing conveyor belts.

With COPAN’s fully integrated and automated WASPLab®, plates automatically travel from incubators into canisters. Laboratory staff can easily pick up and move the canisters for further work-up. Canisters can be assigned to a technologist or designated to specific specimen types to further optimize workflow. The canisters aren’t the only healthy alternative embedded into COPAN’s instruments. WASPLab® was ahead of the “standing desk” trend with its ergonomic benches. Technologists can adjust these reading and picking benches to the height of the table.

Colibri™, COPAN’s automated colony picker, is the latest addition to its line of full laboratory automation instruments for Microbiology. Unveiled in 2015, first at the European Congress of Clinical Microbiology and Infectious Diseases (ECCMID) in Copenhagen, and then making its North American debut at the American Society for Microbiology (ASM) in New Orleans, the Colibri ™ is in line with COPAN’s philosophy of automation.

An onboard nephelometer automatically checks the opacity of the McFarland suspensions and prepares plates to assess the bacterial growth. Colibri™ can also seed both Bruker Biotyper and Vitek MS MALDI-TOF target plates and automatically sends instructions to build the worksheets. With Colbri’s automated picker platform, the need to manually interact with plates is even lower.

Not only is WASPLab® great in terms of allowing labs more flexibility to grow and the freedom to adjust, but also better for the waistline! That’s good news for all those lab technicians tied to their benches.

If sitting is the new smoking, then maybe WASPLab® is the best route to a “smoke-free” workplace. Keep on moving WASPLab® users, keep on moving!

Please stop by booth 1625 during the American Society for Microbiology meeting in New Orleans to learn more about our canister system and see Colibri in action!