Is Australia’s Early Flu Epidemic a Predictor for the Northern Hemisphere 2017-2018 Season? 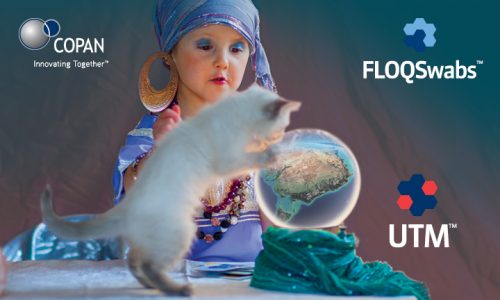 Achoo! The flu is hitting down under much earlier and harder this year. More than 94,000 confirmed cases of influenza have already been reported in Australia. That’s a record breaking number for the country more well-known for beautiful beaches, kangaroos, and Steve Irwin than snotty noses, coughs and fevers.

Australian influenza season normally begins to spike in late August (mid-winter in the Southern Hemisphere). But this year 31,837 individuals tested positive for the virus in mid-July, compared to 9,036 in 2016, according to the Immunisation Coalition. That’s an astounding 352 percent increase compared to last year! So far, this month, a total of 41,400 cases have been confirmed compared to 29,421 in August 2016, confirming the unusually high influenza season.

The Cause of all that Coughing
While some of the symptoms echo the common cold, influenza is caused by different viruses, is more severe and lasts much longer. The elderly, babies, young children, pregnant women and individuals with compromised immune systems are especially vulnerable to the respiratory illness. In addition, influenza is highly contagious and can develop into a variety of serious complications from pneumonia to kidney failure.

Influenza A (H3N2) is currently the predominant virus afflicting Australians but Influenza B viruses continue to circulate. There are three main types of influenza viruses that cause infections in humans, including A, B and C and many sub-types or strains. With the flu season not even close to ending, Australian officials expect this year’s numbers to exceed the previous epidemic of 100,000 in 2015. Even more worrisome, children and the elderly are contracting and spreading the viruses at the highest rate.

An Apple a Day…
Australia has already tallied 94,486 laboratory confirmed incidences of influenza in 2017 compared to 51,590 at the same time last year. That the season hit Australians earlier this year is one of the factors contributing to the surge. The second? The increase in efficient and accurate Rapid testing which helps the Department of Health identify and treat cases faster.

Sample collection is part of the pre-analytical phase that plays a crucial role in the process leading to proper diagnosis and patient treatment. COPAN’s UTM®  Universal Transport Media, coupled with COPAN’s flocked swabs, are the optimal combination to take care of collection, transport and maintenance of the virus to identify when the flu is the culprit.

UTM® helps laboratories maintain the sample, while in transit, prior to testing it to identify the specific strains of influenza, while FLOQSwabs® make the sample collection easier. Because symptoms vary from patient-to-patient and often mimic other illnesses, the viruses are difficult to detect and time is of the essence when a patient has influenza. Influenza must be detected within the first few days of illness to ensure effective patient treatment within the therapeutic window.

As Australia continues to deal with this ongoing epidemic, should the Northern Hemisphere brace itself for the 2017-2018 season? In the United States, influenza activity tends to begin to increase in the fall, with the major spikes occurring between December and March.

While there’s no such thing as a “flu season predicting crystal ball,” there are easy ways to help prevent the spread of the viruses. Maintaining clean surfaces, washing hands regularly and covering the mouth and nose when sneezing and coughing are no-brainer bits of advice.

And of course, that old apple adage certainly won’t hurt but when it comes to the flu, a vaccination a year is the best defense against this preventable disease. Anyone older than 6 months is eligible for the flu vaccine. Since influenza viruses constantly mutate, a new vaccine is prepared every year in anticipation of the specific strains.

Want to learn more about the best devices available to collect and transport samples for influenza testing? Contact COPAN today!

Mask up. Wash up.